2:00 pm -- Participants are encouraged to begin lining up, along the curbside,  in front of the East Hampton Presbyterian Church, 120 Main Street. The curbside lane will be clearly marked off with orange cones from Daniels Lane to Pondview. Your parade order will be designated on a first come first served basis. As "registered" floats arrive, your parade order will be given. This will eliminate traffic obstruction if any registered float arrives late for any unforeseen reason.

PARADE OFFICIALS: Representatives from the East Hampton Chamber of Commerce and the East Hampton Village Police will be on hand to insure that participants are lined up in an orderly fashion.  Floats, organizations, vintages cars will all be lined up on a first come first arrival basis, with the exception of the Coast Guard Color Guard, the Mayor and East Hamptons Village Trustees, and the East Hampton High School Jazz Band Float (first trailer/float.)

Please cooperate with the orange-vested Chamber officials and the Village Police to insure that the Parade can “march off” by 2:30pm.

2:30 The Parade will march off when the East Hampton High School Jazz Band begins to play and the Coast Guard Color Guard leads the way up Main Street to Hook Mill Memorial Plaza.

Have a great time, encourage your family and friends to come watch along Main Street.

THE PARADE WILL CONCLUDE AT THE WIND MILL, ACROSS FROM CVS, ALL PARTICIPANTS WILL TURN INTO GAY LANE. IF YOU HAVE PARENTS OR SOMEONE COMING TO PICK YOU UP AT THE END OF THE PARADE, INSTRUCT THEM TO PARK ALONG EGYPT LANE SOUTH OF PANTIGO ROAD.

All organizations looking to enter a holiday float must register online before Thursday, December 5th by 5pm online at www.easthamptonchamber.com

No walk-on floats will be permitted in the parade to ensure a safe and organized community event  - no exceptions.

Votes for best Santa Parade float will be available online and we encourage float participants to have their fans vote.

Online vote will open on Saturday, December 7th and will be announced outside Eileen Fisher at 7:45pm. All votes can be made at  www.EastHamptonChamber.com

Thank you again for joining us for this years East Hampton Santa Parade. Please to be sure to tell all of your supporters to help vote for your float to win ? Best Santa Parade Float People's Choice Award 2019? 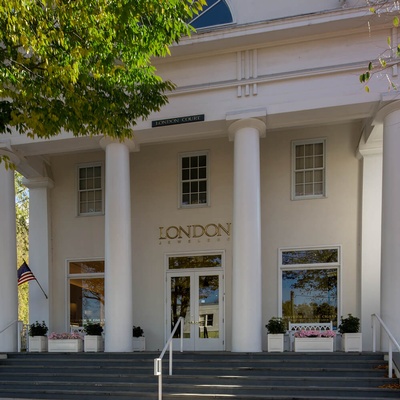 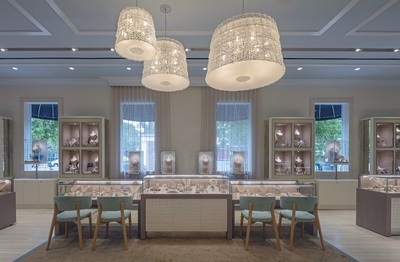 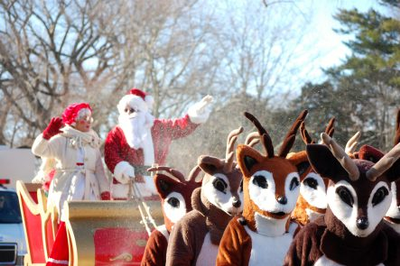 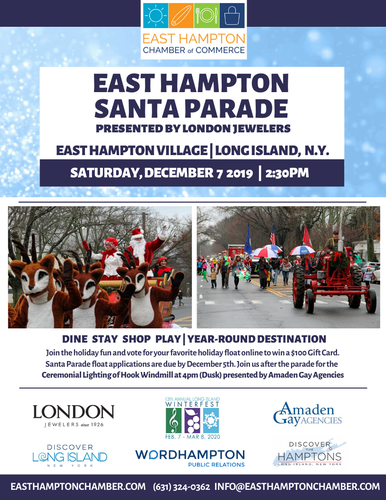 Free to the Public